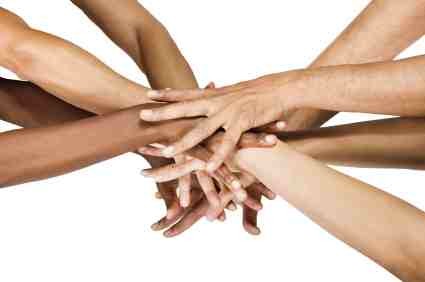 Integrated marketing encompasses far more than just the use of multiple channels in a campaign. It also involves people working in an integrated way across an organization. For many nonprofits, this means changing how their organization “touches” their supporters -- from approaching constituent-facing communications in a more integrated fashion to coordinating who owns the supporter experience within the organization.

As you approach integrated marketing within your organization, it’s important to consider how you’ll handle this change. One thing to think about is the importance of social influencers on your staff.

Our friends, colleagues and peers often have the greatest influence in our decisions to act. It’s a concept at the heart of change management philosophy -- successful change efforts result when people consciously and sincerely make the decision to embrace change rather than when it is forced upon them. With this in mind, and when faced with a transformational process, nonprofit leaders are wise to enlist and develop Change Champions whose social and professional influence drives others to fully embrace a new direction.

Sounds good, but how do you identify the right people for the Change Champion job? What will they do in your change process, and how do you enable the kind of leadership and advocacy you expect?

Let’s start with the “who.” Using the example of technology adoption, think about who in the organization will use the product most and who stands to gain from the new product on a day-to-day basis. This is your most important audience -- the group that will ultimately define the success of your initiative. Look to this body to find champions:

To be most effective, Champions need an important role in the process. The more voice and ownership they have, the more sincere their interest in the outcome. Charge champions with detailing what the product or service needs to do and the internal processes to which it needs to align. The following is a list of responsibilities and decisions I try to lead Champions through during a change process:

Just as integrated marketing has a long history, social networks have been around since long before we ever put a name to them. Be sure to remember that within your organization, influence in those social networks is a complex formula. Ultimately, the decision to embrace something new -- such as integrated marketing -- is something each person makes for themselves. But, the decision is made much easier when you have the most influential people in the room on your side.